5 Women Entrepreneurs You Should Know CEO and co-founder of Canva,  an online design and publishing tool which makes graphic design simple for everyone. Canva was founded in 2012 in Sydney, Australia. Melanie Perkins is ranked as one of Australia’s richest women and also the richest in the country according to the Australian Financial Review.

Melanie is one of the youngest female founders with a billion-dollar venture. Canva has 15 million users across 190 countries and the Sydney-headquartered company is now worth$3.2 billion in valuations.

Believe it or not, it all started in her mom’s lounge room when she was creating an online design software for the school yearbook market. She was 19 years old. For your record, she was told “NO” 100 times.

“The rejection is often not because of the reasons you think they are rejecting you.” – Melanie Perkins 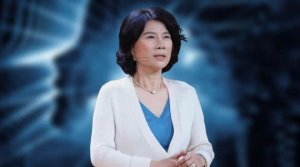 The Chinese businesswoman serves as the chairwoman of Green Electric, the world’s largest manufacturer of residential air conditioners. Green Electric has become the backbone of China’s economy alongside other national brands such as Huawei and Geely.

In 2015, she was the 4th most powerful woman in the Asia Pacific according to Fortune magazine. This year, Forbes China unveiled a new ranking of top 100 businesswomen and she is again on the list. She is a true “Iron Lady”.

After her husband passed away in a car accident, she first just wanted to earn money to give her son a better life, but who knows this job became a lifelong career for her. It’s her persistent, brave and independent personality which gives her big success.

“I paid all my personal pleasure. I have no friends because I cannot have friends. This is lonely.” – Dong Mingzhu She  is an American technology executive, author, and billionaire. Formerly the director of the Clinton Administration ’s Office of the Treasury Secretary and the vice president of Google ’s global online sales and operations unit.

She is the current COO of Facebook, known as the “First Lady of Facebook” by the media, and the first female member to join Facebook’s board of directors. At the same time, she is one of the top 50 “most powerful” business female elites on the Forbes list. She appeared on the cover of Time Magazine in 2013 and was named by Time Magazine, the most influential people in the world.

In 2013, she published the best-selling Lean In: Women, Work, and the Will to Lead. It inspired a worldwide community group, which Sandberg founded to support women striving to succeed in their ambitions.

“In the future, there will be no female leaders. There will just be leaders.” ― Sheryl Sandberg, Lean In: Women, Work, and the Will to Lead The 1st female former chair, president and CEO of the International Business Machines Corporation (IBM) nicknamed Big Blue. She has been marked by noteworthy awards, including by Bloomberg’s 50 Most Influential People in the World, Fortune’s “50 Most Powerful Women in Business”, Time’s 20 Most Important People in Tech and Forbes’ America’s Top 50 Women In Tec.

After serving more than 30 years at IBM, she started as a small system analyst and was promoted to a company with a market value of $ 157.5 billion In charge.

When serving as the general economics of IBM global services division, in 2002, she assisted IBM in negotiating the purchase of PricewaterhouseCoopers’ IT consulting business and has been well known since then.

She was born in India, played in a rock band as a youth, and was a rebellious child in a conservative family. She is also Pepsi Cola ’s first Asian business executive and former CEO, she retired in 2018. From 2006 she had consistently ranked among The  World’s 100 Most Powerful Woman.

Under her leadership, Indra Nooyi directly led Pepsi’s 10-year global strategy and was also the Pepsi Group restructuring of the leader. Indra`s journey wasn’t as smooth as it seems, as she regretted not spending too much time with her two daughters and family. Finding a balance between life and work is hard for everyone.

“Being a woman, being foreign-born, you’ve got to be smarter than anyone else.”– Indra Krishnamurthy Nooyi

So here you go, the  5 women entrepreneurs that changed the world. EasyWork wishes you Happy Women’s Day in advance!